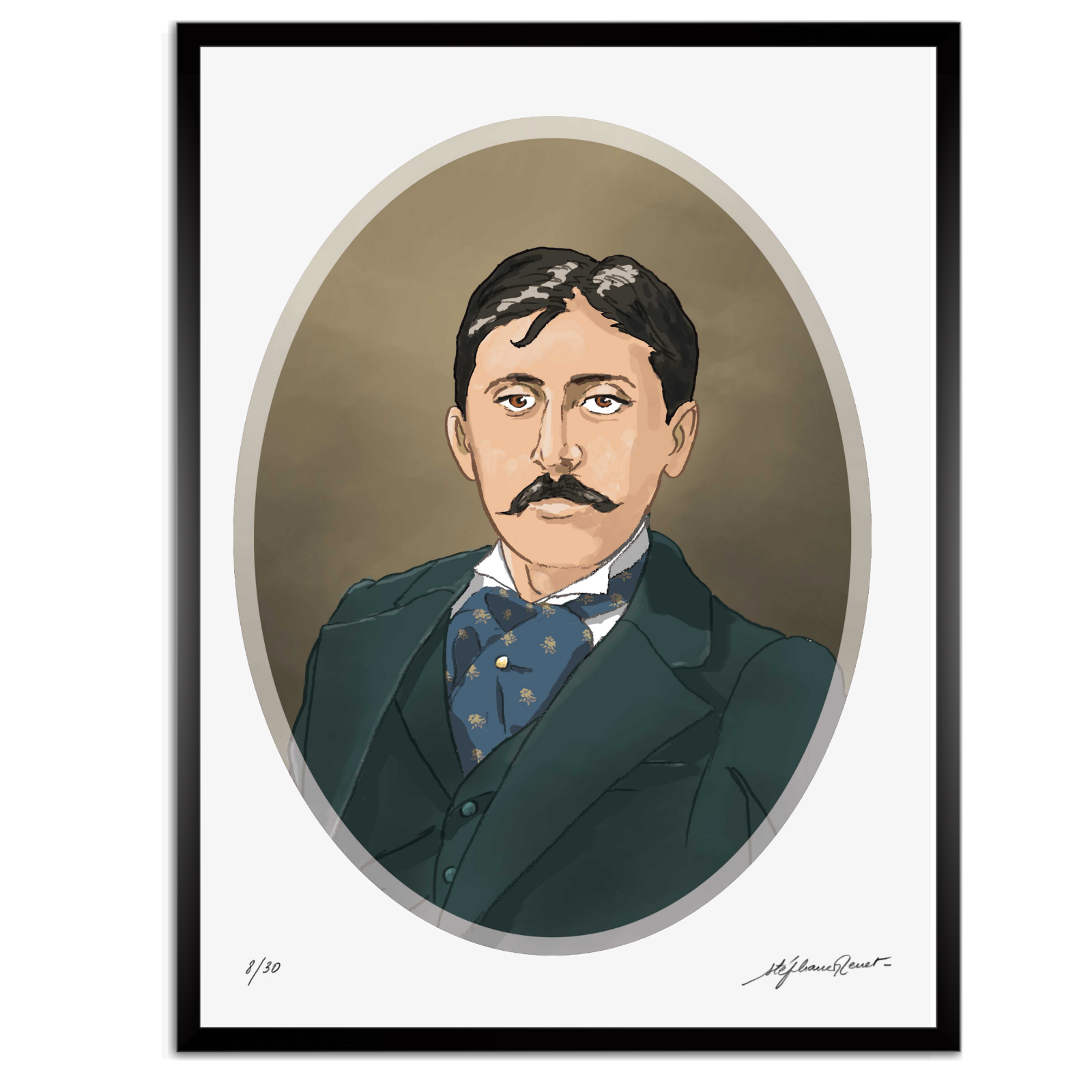 His family belonged to the wealthy bourgeoisie; Adrien Proust, his father, a very famous hygienist, was a professor of medicine in Paris and Inspector General of the International Health Services. Marcel attended aristocratic salons from an early age and led a life of social dilettante during which he met many artists and writers.

He wrote articles, a collection of poems and short stories, Les plaisirs et les jours, a collection of articles and pastiches, Pastiches et Mélanges, translated from the English La Bible d’Amiens by John Ruskin, and in 1895 began writing his first novel, Jean Santeuil, which he abandoned and which was not published until 1952. Then, in 1907, he began writing À la recherche du temps perdu, which consists of seven books, published between 1913 and 1927:

Swann’ way,
Within a Budding Grove (Goncourt Prize 19195),
The Guermantes Way,
Sodom and Gomorrah,
The Prisoner,
The Fugitive,
Time Regained